Amazing Antioxidants and Why They Are Important 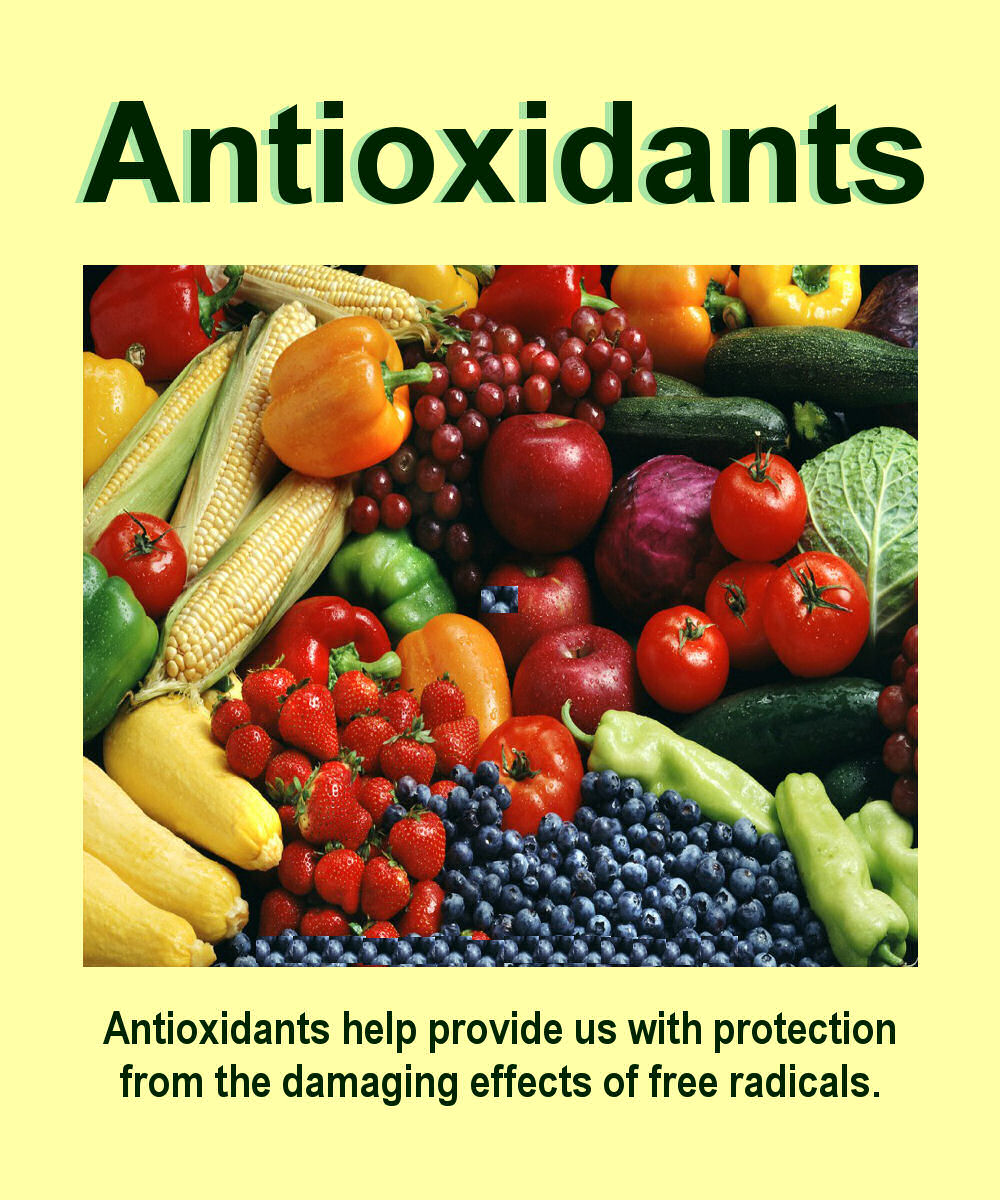 Have you heard of the word antioxidants or free radicals? These terms are often used when we are talking about health, nutrition and the body’s ability to heal. Our body is constantly working to function in a state of health.  Let’s look at antioxidants as a means to support our body’s desire to heal. Your body was created to heal, let’s help it do just that.
Hugs, Andrya

The prefix ‘anti’ means against, in opposition to, or corrective in nature. In this case, the ‘anti’ in antioxidant describes the effect these chemicals have against oxidants.

Oxidants, usually referred to as ‘free radicals’ are produced as a natural by-product of the millions of biochemical processes undertaken by the body every minute. The same life-giving oxygen that supports all the functions of the body creates these harmful by-products which cause cell damage, usually to DNA, fats and proteins.

Free radicals also enter the body through external influences such as exposure to the sun, pesticides and other kinds of environmental pollution. In addition, their levels are increased by mental and physical stress, the consumption of alcoholic beverages, unhealthy foods, and cigarette smoke.

In much the same way as oxidation causes rust on cars, oxidation inside the body causes a breakdown of cells. If the amount of free radical oxidation in the body is allowed to rise to an unhealthy level, it can result in extensive damage to cellular components and can accelerate the ageing process.

More importantly, it may contribute to a wide range of degenerative illnesses and reduce the body’s ability to deal with other problems, including cardiovascular malfunction, eye disease, and cancer.

Additionally, it may result in a compromised immune system, leading to immunological disorders and a lessening of the body’s ability to heal wounds and overcome infections. Some studies indicate possible links to arthritis and similar chronic conditions.

Antioxidants counter these effects by binding with free radicals before they can cause damage. They then convert them into non-damaging biochemical substances, assisting enormously with the reparation of cellular damage.

Certain antioxidant enzymes are produced within the body. The most well-known of these are catalase, superoxide dismutase and glutathione:

Glutathione is a detoxifying agent, changing the form of toxins so that they are easily eliminated by the body.

Other antioxidants can be consumed through the diet. Some of the better known include the antioxidant vitamins beta-carotene, vitamin B6, vitamin C and vitamin E.

Minerals such as selenium, zinc, glutathione and co-enzyme Q10 may also have antioxidant properties, and so may flavonoids such as cranberry, some amino acids, plus organic extracts from milk thistle and the tree known as ginkgo biloba.

A diet rich in fresh fruits and vegetables provides a large supply of these antioxidants, to help eliminate damaging free radicals. The highest concentrations are found in fruits and leafy green vegetables, such as carrots, orange and red peppers, spinach and tomatoes.

Cooking can destroy some antioxidants and interfere with the body’s ability to absorb them, so eating raw vegetables and fruit, and including sprouts in the diet can help. Steaming vegetables as opposed to frying, microwaving or boiling is also a good idea.